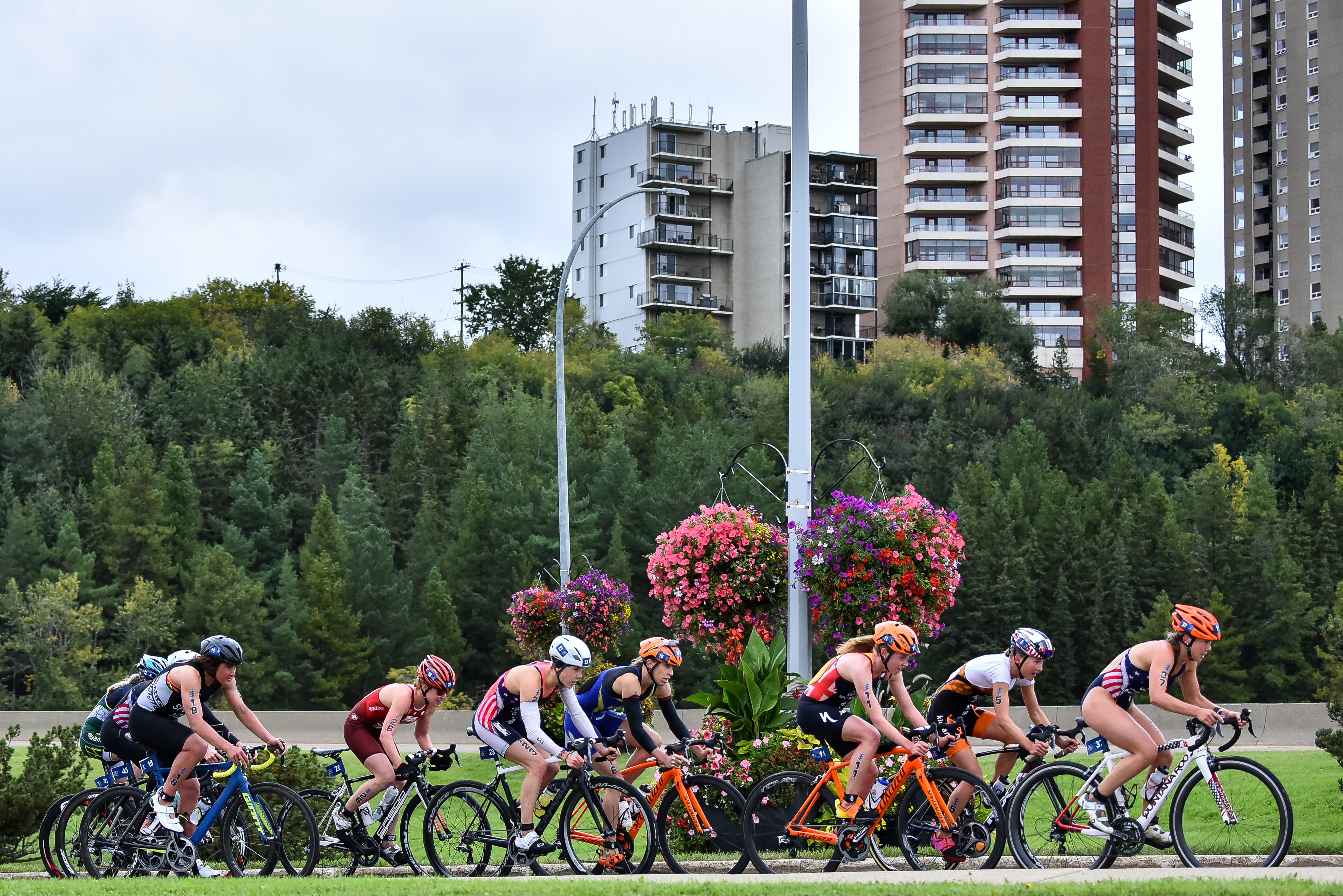 EDMONTON—Matt Sharpe had the swim of his life but a tricky triathlon course on a warm night in Edmonton got the best of him while finishing 17th on Friday night in the World Triathlon Series race.

Sharpe was seventh out of 750-metre beach start swim. Grinding through the first half of the six-lap bike course, Sharpe maintained pace with a large pack of 29 riders that strung out along steep climbs and hairpin turns on the bike course along Edmonton’s River Valley. The lanky member of Triathlon Canada’s National Performance Centre in Victoria was ninth out of second transition, but the pace was too much, and he dropped back into the pack.

Canada’s Tyler Mislawchuk (Oak Bluff, Man.) also had a solid swim where he came out of the water in eighth. Staying with the large pack on the bike, he pulled out of race in the first lap on the run course. At the World Triathlon Series race in Hamburg earlier this month Mislawchuk earned himself a top 10 finish.

Meanwhile, it was a similar story in the women’s race. After coming out of the water in the middle of the field, Joanna Brown (Carp, Ont.) battled the whole way. Brown was the lone Canadian woman to finish, crossing the line in 23rd spot at 59:58.

Amelie Kretz, of Blainville, Que., did not finish the race.

Triathlon Newfoundland and Labrador. We can. We will.